Journey into the Past

Today is National Heritage Day in Jamaica, it is celebrated on the third Monday in October. So I decided to share with you a little of where we came from…our Heroes and Heroine. First up… 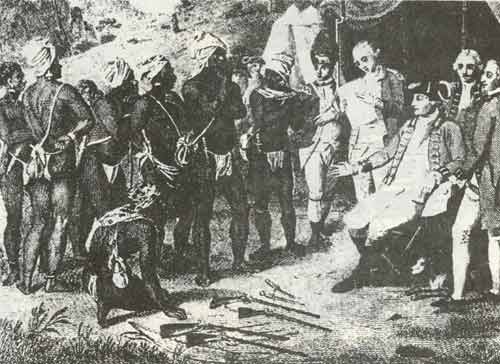 “The name ‘maroon’ comes from the Spanish word cimarrón roughly translated as ‘wild’ or ‘untamed’. When the British invaded Jamaica in 1655, many Africans who had been enslaved by the Spanish colonists escaped into the hilly, mountains regions of the island to live a life free from slavery. Over time the Maroons came to control large areas of the Jamaican interior and they would often move down from the hills to raid the plantations. They were very organised and knew the country well. Because of this many run-away slaves joined them and soon both the original Maroons (those who ran away when the British captured the island from the Spanish) and the runaway slaves were known as Maroons. The two main Maroon groups were the Trelawny Town Maroons – led by Cudjoe – and the Windward Maroons – led by Queen Nanny and later by Quao. The Maroons were skilled hunters and warriors and, hard as they tried, the British Army could not control or defeat them. The first Maroon War (1730 to 1739) ended with an agreement (or treaty) that gave the Maroons control of large areas of land. However in return, they had to agree not to war with the British, to help capture and return runaway slaves, and to help the British put down revolts or outside invasions. The land given over to the Maroons was around Flagstaff in Trelawny and was named Trelawny Town, and at Accompong in St. Elizabeth. Some of the land remains Maroon territory to this day, but some was taken away by the British after the Second Maroon War (1795). Similar Maroon communities emerged elsewhere in the Caribbean (St Vincent and Dominica for example), but none were seen as such a great threat to the British as the Jamaican Maroons.”

Hi my name is Sheryl. I am a Humanitarian, Blogger, and a gardener. I love all music, but reggae more so. I cannot tell you everything about me here, so follow me on facebook: http://facebook.com/sheryl.stark and on twitter @givingirl. One Love.
View all posts by Sheryl Teach Stark →
This entry was posted in Heritage, Heroes and Heroine, Jamaica and tagged British Army, Caribbean, Cudjoe, Heritage Day, Jamaica, Jamaican Maroons. Bookmark the permalink.

3 Responses to Journey into the Past